Talk to us about selling or buying land

The Famous Boulevard at Accolade Estate 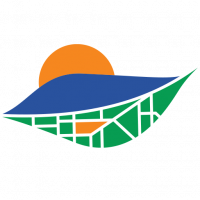 The Famous Boulevard at Accolade Estate

Australian test cricketer,  leading fast bowler, accomplished athlete, and someone who should have held the pitch alongside Sir Donald Brandman in the bodyline era of the 1930s was Laurie Nash. He may not have received the recognition he deserved back then for his skills of the game, but his name will forever be part of the Accolade Estate in Melbourne’s west, where there is a street named after him. He only played 2 Tests for Australia both in series deciders and took a bag of wickets and to this day still holds the District cricket record in bowling 10-35.

Laurie excelled not only on the cricket pitch but also the football field where he captained the South Melbourne team to a premiership in 1937 and achieved numerous accolades for his on-ground performance. His accomplishments saw him inducted into the Australian Football Hall of Fame.

However, cricket was his real love, and he became one of Australia’s first cricket club professionals. He would go on to play in two Test matches for Australia and secure a reputation as a fast and threatening  bowler. According to fellow Australian Test cricket Keith Miller,  at the time  his exclusion from the Ashes tour of Australia in 1932-33 was a “wasted opportunity of talent in Australian cricket history”.

Anthony Braunthal co-founder of Resi Ventures and grandson of Laurie thought it was only fitting that the main boulevard in the cricket themed estate be named Nash alongside other greats of the game like Kohli and Tendulkar.

The estate was officially opened in 2019 by well-known Australian cricketer Glenn McGrath in company with Laurie’s daughter. Nash Boulevard in Rockbank will forever be a physical reminder of cricket history and a tribute to one the greatest cricketers of the 30s.

Accolade Estate in Rockbank has released its latest range of townhomes in partnership with SOHO Living. This limited release of…